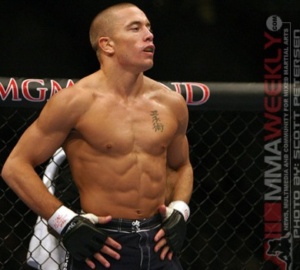 When it comes to burning fat, I’ll bet you’re overwhelmed by all the conflicting data out there. Even experts like me have to sift through the data with a critical eye. That’s where research comes in handy because, in theory, scientists should be able to determine what works without bias. Unfortunately, this isn’t always the case. You see, not all research is created alike. Some research is funded by supplement companies, and the results are a little less than truthful. After all, they’re trying to make money without regard for anything else. This is a travesty.
However, there is plenty of insightful research, if you know where to look. Luckily, I’ve done the work for you. Here’s a list of the research you need to know for getting a hard, defined midsection.
Lift Fast to Burn More Fat
Training slowly will make you slow, and research indicates that it might also keep you from losing more fat. When the squat speed between two groups were compared, the group that lifted faster burned more calories during and after the workout. So lift fast to burn fat fast! (Mazzetti et al Med Sci Sports Exerc 2007)
A Nice Pair of…Sets
Research shows that when you alternate between two reciprocal exercises (presses and rows) you burn more calories and fat than if you did those same two exercises in a traditional way (three sets of presses followed by three sets of rows). So pair up your sets, or even better, perform three or four exercises in a circuit. (Kelleher et al J Strength Cond Res 2010)
Lean and Strong
Training in a circuit, where you perform a series of exercises instead of each exercise separately, gained popularity in step aerobic classes where everyone is weak as a kitten. However, research shows that if you perform a circuit of heavier than normal strength exercises with short rest periods you’ll get stronger and boost your cardiovascular capacity. You can’t go wrong with a circuit of pull-ups, dips and squats, resting less than 30 seconds between each exercise. No leg warmers required. (Alcaraz et al J Strength Cond Res 2008)
Stay focused,
CW

How to Maximize Muscle Performance and Fat Loss