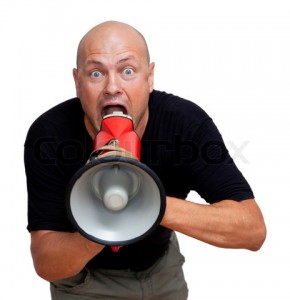 If you’re a trainer, coach or physical therapist it’s essential to use effective coaching cues. For years we’ve been telling clients to “squeeze this” or “brace that” or a host of other verbal instructions that often weren’t as beneficial as we’d like.

You might know what it feels like to squeeze your glutes during a squat or lunge, but most people don’t – even professional athletes. The problem is that most clients never learn how to correctly activate certain muscles. The key word here is “learn.”

Over the past few decades, Gabriele Wulf, Ph.D., has been a pioneer in the research for determining how people learn complex motor skills. She and her team have studied the effects of different verbal cues for jump height, balance, posture and even golf. I’ll save you the work of thumbing through all her studies on PubMed and get to the bottom line: External cues work better than internal cues.

So what does that mean to coaches, trainers and therapists? It means you could get better results by using different words while coaching exercises that are typically problematic.

The deadlift, for example, is an exercise that requires a good, solid hip hinge. Therefore, we often tell clients to “hinge at the hip” during the descending phase. Or we tell them to “push your hips back as you go down.”

However, those are internal cues because you’re telling them to focus on a body part. END_OF_DOCUMENT_TOKEN_TO_BE_REPLACED

Muscle growth requires tension. If you haven’t been gaining muscle, one likely culprit is a lack of high-threshold motor unit recruitment during your sets.

When the tension of your muscle contractions is too low, you’re not stimulating the muscle fibers that have the most growth potential.

This holds true for any muscle group.

However, the calves come to mind here since they’re one of the most notoriously stubborn muscle groups – if you chose the wrong parents. In Arnold Schwarzenegger’s Encyclopedia of Bodybuilding he mentioned that one of the ways he got his proportionally puny calves to grow was with super-heavy sets of incline leg press calf raises.

In essence, he forced his calves to produce more tension and they grew because of it. But you’ll quickly run into a wall of fatigue and joint strain if you only add weight to your exercises.

There’s a simpler, safer and more effective way to get more tension and growth out of your sets: the squeeze. END_OF_DOCUMENT_TOKEN_TO_BE_REPLACED

This week I decided to answer two questions I recently received from a reader. -CW

Chad, my dermatologist recommended that I stop using whey protein. However, I know you recommend it for pre- and post-workout nutrition. What should I do?

CW: First off, acne is primarily caused by excessive inflammation in the body. So anything that reduces inflammation can help clear up your skin. You can put every acne cream ever invented on your face and it still won’t work nearly as well as cleaning up your diet by adding anti-inflammatory foods such as fresh fruits and vegetables and wild fish.

So the question is: does whey protein increase inflammation? I believe that 99% of them do because the natural immune-boosting nutrients in whey have been destroyed through heating and acidification processes used in most whey protein powders. However, what if whey protein is manufactured the right way, thereby keeping the immune-boosters in tact? From what I’ve experienced with clients, a clean whey protein such as this one will probably decrease inflammation in most people. END_OF_DOCUMENT_TOKEN_TO_BE_REPLACED

Testosterone is the king of all muscle-building hormones. No other performance hormone has received more press.

So it’s no surprise that athletes will do everything possible to maximize it – even if that means breaking laws or rules.

You’ve probably wondered if there’s anything that can be changed within your training program to produce a significant, natural boost of testosterone?

Last August I started the revered Doctor of Physical Therapy program at the University of Southern California (USC) to further my education and knowledge base. One of the many advantages of being enrolled in the nation’s #1 ranked DPT program is the access I have to some of the smartest doctors and scientists on the planet.

E. Todd Schroeder, Ph.D., associate professor at USC is one of those guys. Dr. Schroeder heads much of USC’s research on muscle and exercise physiology, and one of his specialties is the effects that resistance training has on the almighty testosterone. END_OF_DOCUMENT_TOKEN_TO_BE_REPLACED

In this week’s blog, I thought it was appropriate to answer a question from a reader since it covers two things that will probably interest you. – CW

Question: Mr. Waterbury, I bought your book, Huge in a Hurry. Holy shit, it works! But I have two questions. First, I can’t squat so what exercise should I do instead? Second, do you know a good smoothie I could drink before my workouts? Thanks, Patrick

CW: The barbell squat has been called “the king of all exercises” by many guys that are stronger than an ox on D-bol. For them, it’s a strength-builder that’s appropriate for their goals. But for many other people, the squat just doesn’t work.

Why? First of all, even though the “squat pattern” is a basic move that we all must master in order to sit on a chair or the bathroom throne, pulling off a perfect barbell back squat is another matter altogether. To perform a barbell back squat correctly, you must have sufficient mobility in the ankles, hips, T-spine and shoulders. Also, you must possess enough stability strength through your core to maintain the correct position.

Those factors explain why the squat is a great exercise when you can do it correctly. However, most people lack in one or more of those areas and sometimes genetic factors such as long femurs and a short torso will always make the squat problematic.

If the squat isn’t ideal for your program due to structural, orthopedic or equipment limitations, there are two exercises you can do to replace it: hip thrust and stir the pot. The combination of those two exercises effectively challenge many of the same muscles as the squat, while also being user-friendly for almost everyone.

Hip thrust: perform with a barbell or a strong resistance band(s) as shown in the video below. Five sets of anywhere from 5-10 reps works well:

Pair the hip thrust with the Stir the Pot exercise that Prof. Stuart McGill made famous. Perform 5 sets of 6-10 alternating reps (3-5 in each direction):

There’s definitely a plethora of smoothie recipes, books and blogs floating around the internet. Most of them consist of pretty straightforward ingredients such as fruit, protein powder and yogurt. That’s all fine, but there’s one simple smoothie I’ve used for years that might seem, well, odd on paper. But it’s packed with nutrients and it tastes awesome.

If you’re like 99% of my clients, you’ll eat up this unique combination of ingredients. Drink it 30-60 minutes before your workout to reduce inflammation and fuel your efforts. (Thanks to Dr. John Berardi since I initially learned a similar version of this smoothie from him):

Mix in a blender:
Around 20 ounces of water (more/less based on your taste preference)
2 fistfuls of fresh spinach
1 fistful of frozen raspberries
1 palmful of cashews
2 scoops of high-quality whey protein 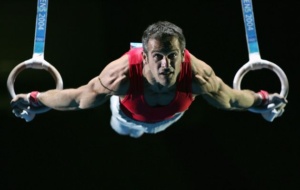