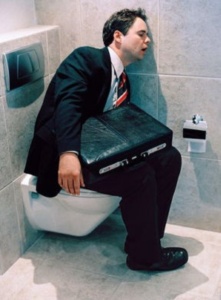 Sleep. Very few of us get enough of it, because of stressors with work, family, or in my case, school. Indeed, two years ago I went back to school to get a Doctor of Physical Therapy (DPT) degree. Since that time I’ve unwillingly been a test subject in my own perverse sleep deprivation study.

But I’m going to follow Beyonce’s lead and make some “lemonade” by sharing some facts with you about sleep. We’ll start with the most logical question…

Why do you need sleep?
For eons, scientists have known that sleep is restorative and essential for memory formation. That’s why we need it. But until recently, they weren’t really sure how sleep is restorative. In 2013, a landmark study in the revered Science journal helped explain what’s going on.

While you’re awake, little pieces of protein called beta-amyloid clump together and form plaques. These beta-amyloid plaques are found in the small spaces between the brain’s nerve cells. But if these plaques hang around those small spaces for too long, they can wreak havoc by blocking signals and triggering inflammation in the brain.

In fact, an accumulation of beta-amyloid plaques is closely linked with Alzheimer’s Disease. Yep, that’s how bad those suckers are.

Now, back to the study. The researchers found that sleep opens up small areas of the brain that allows cerebral spinal fluid (CSF) to rush in and clear out the beta-amyloid plaques that accumulated during the day (Xie et al, Science, 2013). Think of CSF as being your brain’s housekeeper.

Sleep’s other function – the formation of memories – is also really important. But I’m not just talking here about learning how to remember calculus formulas or a list of random facts for History class, I’m also talking about memories related to movement. Motor learning, in other words.

When you’re training to improve your technique in, say, an Olympic lift, the brain must increase the strength of its synapses related to that exercise in order to learn how to do it better. How does the brain increase its synaptic strength? While you sleep, it rehearses that Olympic lift.

Let’s say you practiced the snatch lift yesterday afternoon. When you were sleeping last night, your brain activated the same neurons necessary for that movement to occur. It was literally rehearsing what you did so those synapses could get stronger – that’s how motor learning occurs.

However, this mental movement retraining only happens during the rapid eye movement (REM) sleep cycle. There are four stages of sleep that range from drowsiness (stage I) to deep sleep (stage IV). It takes about an hour to get through all four stages. REM is a separate aspect of sleep and it occurs 4-5 times during a normal night of sleep. Each phase of REM sleep gets progressively longer, from 10 minutes early in the night to 50 minutes before waking up.

During REM, your brain releases the neurotransmitter, glycine, which blocks the normal connection you have between your brain and muscles while awake. This glycine release, in essence, makes your body paralyzed, which allows your brain to rehearse the snatch lift without any actual movement taking place. This is akin to a pilot learning how to fly on a flight simulator.

How much sleep do you need?
According to research, most people get around 7.5 hours of sleep each night. That falls within the 7-9 hour range recommended for adults (18-64 years) by the National Sleep Foundation.

But if you get 7.5 hours of sleep every night, I can say two things. First, I’m jealous. Second, you’re not like the vast majority of people I know. Indeed, I believe that sleep deprivation is a more widespread problem than some research indicates.

If you sleep any less than 7 hours your risk of weight gain, heart disease and diminished brain function significantly increases. Surprisingly, these same risks are associated with getting more than the recommended 9 hours each night. However, I’m willing to bet that the people who consistently get 10 or more hours of sleep per night are unhealthy because of other reasons related to laziness and poor nutrition. 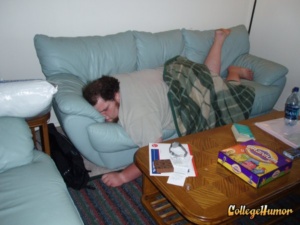 For me, one night of 10 continuous hours of sleep makes my brain sharper and my body stronger. So I’ll take it whenever I can – maybe after I graduate?

If you can’t get 7 hours of sleep at night, make a point to squeeze in a nap during the day. It’s best to get 60-90 min if possible (Mednick et al, Nat Neurosci, 2003), but a nap as short as 6 minutes has been shown to be beneficial and can improve brain function (Lahl et al, J Sleep Res, 2008). There’s no better recovery aid than a nap after you train.

Soldiers live by a mantra that can benefit us all: Take care of your feet first. And the legendary basketball coach, John Wooden, would devote the entire first practice of the season to teaching his players how to properly fit and lace their shoes.

Yep, performance starts from the ground up.

Each foot/ankle region has 26 bones, 33 joints, 107 ligaments and 19 muscles and tendons. When your feet and ankles are dysfunctional they can have far-reaching effects all the way up to your head. Indeed, research has demonstrated a link between a fallen arch (flat feet) and problems in the jaw.

Since your feet form the foundation of your skeletal structure, it’s imperative to keep them in proper alignment when training the squat and deadlift. Therefore, I’m going to outline two simple steps to help you stay in line from head to toe.

Ball Roll for the Plantar Fascia

Directly beneath the skin of the bottom of your feet is a thick, fibrous band of tissue that supports your foot’s skeletal structure. This is the plantar fascia and it often gets extremely stiff due to poor posture, movement and footwear.

Furthermore, the bottom of each foot contains approximately 150,000 nerve endings. When these nerve endings are stimulated with the ball roll they send a strong signal up your posterior chain to release excess tension. This can keep your calves, hamstrings and low back from restricting proper movement mechanics.

What you should do: At the beginning of your workouts, roll your shoeless feet (barefoot or with socks) over the top of a tennis, lacrosse or golf ball. I list the recommended balls in that order because they merge the spectrum from softest to hardest. Which one you use depends on your tissue tolerance. Importantly, the ball roll should not be painful – just a mild discomfort as you focus on the sorest, stiffest spots. Take deep, slow breaths during the ball roll and spend one minute on each foot. 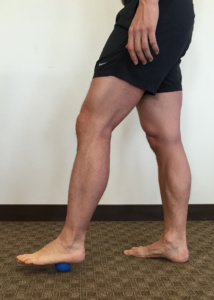 Now that the plantar fascia and posterior chain have been released of excess tension, it’s time to take one simple step to ensure your foot and ankle joints are in the proper position.

A proper arch is essential for maintaining optimal biomechanics during the squat and deadlift. When the arch is aligned correctly, it also helps put all the joints above it – knees, hips and spine – in the ideal position. The most common problem is excess pronation of the feet, a dysfunctional position that’s created by muscle weakness and poor motor control in the ankle and foot joints.

Once you’ve found the proper arch position, have a friend or trainer place the tip of a marker lightly against each arch. The tips of the markers will provide the tactile feedback so you can keep your feet in the ideal position when you squat or deadlift. You’ll be able to feel when your arches collapse because they will push into the markers.

Perform this drill without shoes for a few workouts to develop the proper motor control you need in the foot/ankle region to squat or deadlift with proper mechanics. 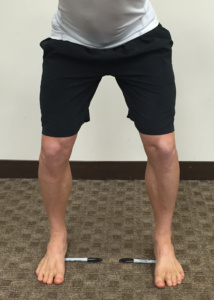 Now you have two simple steps that can help fix faulty biomechanics from head to toe. 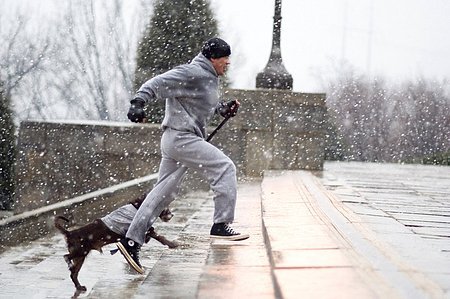 Now that the new year is upon us, droves of people will start exercising. The holiday season is a time when people typically exercise less and eat more, so they double-down on training come January. Pair that with cold winter temperatures and plenty of germs crawling around and you’ve got the perfect environment to get sick – or do you?

Some types of exercise can positively or negatively affect your likelihood of getting sick. Stress, exercise and illness can all affect the immune system so it’s important to have each in check. END_OF_DOCUMENT_TOKEN_TO_BE_REPLACED 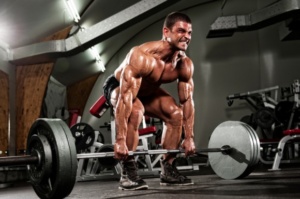 It’s never been easy to accurately determine the maximum amount of weight you can lift for one rep.

You either expend a ton of time and energy as you lift, rest, add weight, lift, rest, add/reduce the weight, etc. – judging, missing, and guessing your way throughout the haphazard journey. This cycle continues until you find a true one-repetition maximum (1RM). The process, at best, will take 15-20 minutes per exercise and it can be exhausting – literally and figuratively.

Or you perform a submaximal set to failure and plug your numbers into an equation that may, or may not, have been clinically tested. Furthermore, many indirect methods (i.e., submaximal lifts) that calculate a 1RM require you to fail at a specific rep, say, rep 10 or the calculation won’t work. END_OF_DOCUMENT_TOKEN_TO_BE_REPLACED 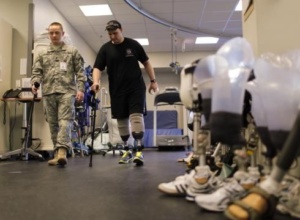 The title of this post was intended to be provocative. However, I wasn’t in the hospital as a patient – I was there to learn how to treat patients with a vast array of orthopedic and neurological dysfunctions.

As part of my Doctor of Physical Therapy (DPT) training at the University of Southern California, I’m required to perform clinical rotations to develop my skill set. This summer I was assigned a clinical experience at a hospital in downtown Los Angeles that caters to trauma victims. It was, without a doubt, one of the most rewarding experiences of my career. So I wanted to share what I’ve learned, and encourage any upcoming trainers or therapists to delve into that world.

One of the many reasons I went back to school to pursue a DPT degree hinged on the fact that, as a performance specialist, I figured out that I needed to improve my knowledge base beyond what my typical clients could teach me. END_OF_DOCUMENT_TOKEN_TO_BE_REPLACED 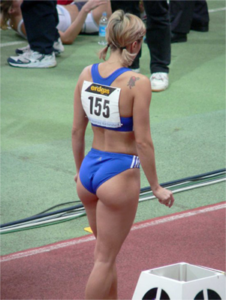 It doesn’t matter if you’re a man or a woman, everyone wants impressive glute development. But many people don’t know how to intelligently train the glutes to achieve the best look and performance. So I’m here to tell you how to do it as quickly as possible.

First, let’s cover the primary functions of your largest glute muscle: the gluteus maximus. At the hip it provides the torque for extension, abduction and external rotation. However, most lifters put too much emphasis on the hip extension action during their workouts and this can lead to poor glute development and performance.