What’s the best rep range to build muscle? That’s a question many of you have probably pondered over the years, especially if you’re wanting to know how to get ripped. Most people do 8-12 reps per set for maximum growth. However, heavier weights can build just as much muscle, if there’s enough volume. Three sets of three reps (3×3) won’t add much mass, but 10 sets of three reps (10×3) definitely will.

So what about high rep training? Can it build just as much muscle?

I love heavy lifting as much as the next guy, but there are times when your joints need a break and your muscles need a different type of stimulus to accelerate growth. High rep training can be the path to new muscle, if you adhere to the following four steps:

1. Take each set to failure: I’m not a big fan of training to failure; however, when training with light weights it’s necessary to take each set to the point of exhaustion. With heavier loads (eg, 4-6 rep max) you can get away with avoiding failure because the load is heavy enough to recruit your largest motor units, even if you don’t reach failure.

For muscle growth, the motor units must be fatigued. If you can do 25 push-ups but you stop that set at 19 or 20 reps, there won’t be enough fatigue to stimulate growth through an increase in protein synthesis. Research by Burd, et al (2010) shows that training with light loads (30% of max) can result in the same level of increased protein synthesis as heavy loads (90% of max), provided you take those high rep sets to failure.

Training to “failure” can mean different things to different people. My definition: when you can no longer achieve a full range of motion rep with perfect form you’ve reached failure. Don’t push beyond that point.

2. Choose the right exercises for high rep training: There are certain strength exercises that should never be taken to failure: squat, deadlift, and Olympic lifts. The risk of taking any of those exercises to failure far outweighs the potential benefit, and this is especially true with high rep sets that accumulate a huge amount of fatigue. As a rule, stick to high rep training to failure for upper body lifts and single leg lower body exercises.

A few of my favorite exercises to train to failure with high reps are: push-up, pull-up, handstand push-up, lunge, standing calf raise, and single-leg hip thrust.

3. Don’t go too light: You could curl a soup can all day long and it won’t add muscle to your biceps. When the load is too light it’s impossible to recruit and fatigue the motor units that are large enough to result in visible growth.

As a general rule, stick to loads that allow 20-30 reps for your first set for your high rep workouts. If you can any more than that, the load isn’t ideal for growth. From there, keep cranking out sets of as many reps as you can with that same load until you reach a target number of total reps (eg, 50 reps for that muscle group).

4. Get the most out of each rep: When training with light loads, the speed and tension you develop in each rep becomes paramount. If you purposely slow down the concentric (muscle shortening) phase, you’ll leave the larger motor units untapped. And when the muscle group is maximally shortened, that peak contraction should be squeezed briefly to build extra tension. With that extra tension comes extra muscle growth because you’ll recruit more motor units.

Bottom line for tempo: the shortening (concentric) phase should be fast, followed by a brief but intense squeeze of the muscle, and then do the lengthening (eccentric) phase under control.

When you do high rep training the right way, you can build new muscle and train more frequently because it’s less stressful to the central nervous system (CNS) and joints. That’s why there are many body weight exercises in my new book, High Frequency Training. Coming October 16! 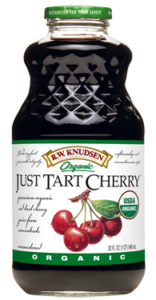 Your ability to build a bigger, leaner and stronger body is directly correlated with the number of workouts you can do, and how much intensity you muster each time you hit the gym. If a workout leaves you so stiff and sore that you can’t move for five days, results will come slowly at best. But if you can drastically reduce soreness and restore strength levels, you will gain muscle faster because you can train more often with a higher intensity.

Research is mounting to support the use of tart cherry juice as a highly effective recovery aid. It appears that supplementing your pre- and post-workout training with it can provide a powerful assistance to recovery by reducing soreness and restoring strength more quickly. In addition, tart cherry juice has shown to have a positive effect on boosting your natural melatonin levels so you can sleep better: a key to faster recovery and growth.

How does tart cherry juice help you recover faster with less overall soreness? The reason is likely due to the fact that tart cherries contain flavonoids and anthocyanins that induce strong antioxidant and anti-inflammatory effects.

You can find plenty of studies on Pubmed to support the use of tart cherry juice, but these three studies will probably interest you most:

Bowtell JL, et al. Med Sci Sports Exerc. Aug 2011
What it showed: 10 well-trained athletes consumed tart cherry juice 7 days before and until 2 days after a bout of leg extensions for 10 sets of 10 reps. Subjects restored strength faster and measures of protein carbonyls (a marker of oxidative stress in aging and disease) were reduced.

Surprisingly, it appears that you don’t need much tart cherry juice to get a favorable effect. The studies vary greatly with regard to dosage: some were as low as a few ounces per day while other protocols were as high as 24 ounces per day. It’s also likely that the extract in pill form could produce the results you’re after if the carbs scare you.

For the last two years I’ve been using tart cherry juice with my athletes and myself. The results have been impressive, so I thought I’d share my protocol with you. Keep in mind, this protocol isn’t necessarily what I’d do for pure fat loss, but when it comes to building muscle, strength, and performance, this combo works awesome.

15-30 minutes before training: 4 ounces of tart cherry juice mixed with 4 ounces of water and 1 scoop of Organic Warrior Whey.

Immediately after training: 4 ounces of tart cherry juice mixed with 8 ounces of water and 2 scoops of Organic Warrior Whey. (Note: I use R.W. Knudsen’s Organic Just Tart Cherry juice but any organic version will probably work as well.)

It’s important to note that part of the effectiveness of this protocol comes from this whey. It’s simply the best protein powder I’ve ever used. Since it’s not heated or acidified in the manufacturing process it contains all the natural immune boosters that help reduce soreness, restore strength, and build muscle. And it tastes incredible. You’ll soon learn how chemically bitter other protein powders are when you taste it for the first time.

Make no mistake about it: when you mix grass-fed whey with organic tart cherry juice you have a powerful combination during your workouts to combat muscle soreness and supercharge recovery and growth.